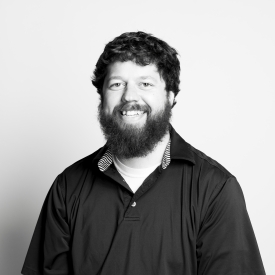 Richie is a simple guy. He likes his coffee black and his beer Busch Light. He has no need for craft cocktails or microbrews, but he’s tended bar a lot in his life. Richie’s laid-back attitude is a great fit with the Cariant crew and the travel industry in general. Originally from Tekamah, Nebraska, Richie grew up on a farm. He has two young children—one girl and one boy. The boy came second and is a “nutcase” as a toddler (aren’t they all?) so Richie says there’s not a lot of time for hobbies.