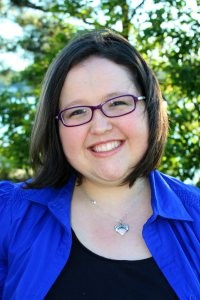 Author, blogger, influencer, public speaker, brand ambassador, nurse—Brittney Wilson (a.k.a. the Nerdy Nurse) is all those things and more.

With a background in clinical informatics, Brittney has worked as the liason between the IT sides of the hospital and nurses. Serving as a teacher who helps staff learn EHR systems, she found herself able to become a strong and influential voice in the workplace. Perhaps it was her ability to both care for others and teach that has propelled her onto a path for being a pretty popular figure online and at speaking events across the county.

Brittney also currently works as a community manager for Next Wave Connect. She’s published over 600 pieces of content on her website as well as on other blogs, published a book and has spoken at many conferences and events.

Brittney admits, there isn’t a whole lot of time for much else besides work during the week. However, she still turns every weekend into a mini-vacation. Like clockwork, 6 pm Fridays, she shuts her work life down and focuses her attention to making memories with her husband, son, and father. They love to go on day-trips, try out new restaurants, go to amusement parks, and just have fun together as a family. It’s basically her way to keep sane after a hectic workweek.

The Rise of the Nerdy Nurse

Growing up, Brittney admits she never was one of those little girls who would put band-aids on her doll’s legs or that she always saw herself in the role of caregiver. She actually wanted to be a country singer—she even recorded a demo and everything at age 16. But, the odds of achieving fame that way are about as good as hitting the lottery, so when she matured she set her sites on a more realistic career path–healthcare.

But, it wasn’t nursing that she originally wanted to pursue. See, in her mind, if she couldn’t be that country star of her dreams she wanted to be what she considered the next best thing, a plastic surgeon. “I wanted to do something to improve people’s lives, entertain them, and make them happy,” said Wilson, “in my naivety I thought that plastic surgery was the only job that could do that.”

Eventually, Brittney found herself deciding that medical school wasn’t in her cards. Instead she graduated with a bachelor’s of science in nursing from the University of West Georgia.

Wilson began blogging on her Nerdy Nurse site anonymously in 2010 as a way to cope with working alongside some nurses and other coworkers that were downright mean. However, eventually the blog became more of an outlet for sharing information about nursing issues and technology. The choice to go public made her decide that she needed to be confident in what she posted.

Brittney told Travel Nurse Source, “The best way to change people’s attitude is to change your own.” And, although she never intended it, eventually began making money from the site.

In 2013, Sigma Theta Tau, an honor society of nursing, approached Wilson asking her to publish a book. “A book is a lot more difficult to write than a blog,” Brittney admitted.

If raising a young child, keeping up with a chaotic career, and working on her first book wasn’t enough, she also got hit with some terrifying news smack dab in the middle of everything. Brittney discovered she had a brain tumor.

As it turned out, the surgeon may have made her more afraid than she should have been, and when the surgery happened as soon as it could, they discovered it had all but dissolved. Unfortunately, her hospital stay was less than pleasant. Despite being treated at what was known as a highly esteemed hospital, her procedure left her with a ruptured something and her recovery time in the hospital was less than ideal. The nurses who were supposed to care for her neglected to provide basic needs for her in the week she stayed.

“The experience helped me understand that when patients ask for help, it’s not because they don’t want to do it, because nine times out of ten they would just do it for themselves,” said Brittney.

Eventually, her book, The Nerdy Nurse’s Guide to Technology, was published. The book blends humor and easily segmented portions to help fellow nurses confidently embrace the use of modern gadgets in their profession.

In her day job she gets to do what she loves every day: Combine technology and healthcare to improve lives. She can best be described as a patient, nurse and technology advocate, and has a passion for using technology to innovate, improve and simplify lives, especially in the healthcare arena.